What is Vin Di Bona’s Net Worth and Salary?

Vin Di Bona is an American television super producer and director who has a net worth of $200 million. Vin Di Bona is best known for producing the shows “America’s Funniest Home Videos,” “Entertainment Tonight,” and “MacGyver.” In addition to his eponymous production company, he has a second independent production company called FishBowl Worldwide Media, which he established in 2010.

Vin Di Bona started his career in the entertainment industry as a singer, with the name Johnny Lindy, strangely enough. After having just marginal success, he decided to turn his attention to producing, a move that has proven to be extremely lucrative. He started producing TV specials in 1976. Some of his most well known productions are, “MacGyver” and “Entertainment Tonight”.

He is most well-known for being the creator and co-owner of “America’s Funniest Home Videos.” AFV is arguably the inspiration for YouTube and is clearly the inspiration for shows like Tosh.O. AFV is one of the longest running shows on television. The show premiered in 1989 and has since produced more than 600 episodes and two spin off shows.

Between his producing fees, syndication royalties and clip licensing fees, Vin Di Bona personally earns around $20 million per year from the show. Impressively, Di Bona and AFV have not been taken out entirely by the advent of the internet and sites like YouTube. This is perhaps attributable to the fact that Di Bona and his company are diligent about copyright and a sign that the American people in general still enjoy seeking their video on primetime television.

Vin Di Bona was born on April 10, 1944 in Cranston, Rhode Island. As a young adult, he went to Emerson College in Boston, Massachusetts, where he worked as the manager of the campus radio station WECB. After graduating in 1966, Di Bona earned an MFA in film from UCLA.

Di Bona started his show business career as a singer, going by the stage name Johnny Lindy. By the age of 16, he had already released two records, both of which were regional hits. Later, following his graduation from UCLA, Di Bona worked for nearly a decade at Boston’s NBC affiliate station WBZ-TV. After this, he moved with his family to Los Angeles, where he initially struggled to find work. Eventually, Di Bona landed a job directing and producing documentaries at CBS. For his work, he earned a Peabody Award and multiple Emmys. Di Bona also earned some renown in the 70s for producing “Battle of the Network Stars,” which is considered a precursor of the reality competition television boom. Among his other notable early credits was the syndicated newsmagazine show “Entertainment Tonight,” which he began producing in the 80s, and the ABC action series “MacGyver,” which he produced for one season.

The first two television series created by Di Bona were both based on programs from Japan. The first was the game show “Animal Crack-Ups,” based on the Japanese series “Wakuwaku Dōbutsu Land.” Hosted by “Growing Pains” actor Alan Thicke, the show featured four celebrities competing to rack up toy animals by correctly answering questions about animal videos. The series ran on ABC from 1987 to 1990.

Di Bona’s most famous show is “America’s Funniest Home Videos,” which first aired as a special on ABC in 1989 before becoming a regular series in 1990. Based on the Japanese variety show “Kato-chan Ken-chan Gokigen TV,” the program features clips of humorous homemade videos submitted by viewers. Over the decades, “America’s Funniest Home Videos” has been hosted by Bob Saget, John Fugelsang, Daisy Fuentes, Tom Bergeron, and Alfonso Ribeiro, among others. The longest-running primetime entertainment program on ABC, the show has spawned the spinoff programs “America’s Funniest People,” “World’s Funniest Videos,” and “Videos After Dark.” 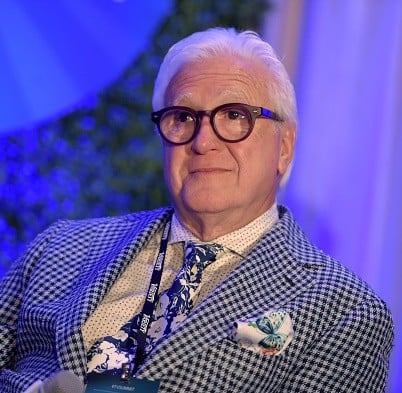 Di Bona’s other producing credits have included the Showtime series “Sherman Oaks” and the ABC series “The Heart Speaks,” based on Dr. Mimi Guarneri’s eponymous book. He has also served as an executive producer on the truTV series “Upload with Shaquille O’Neal,” which features the titular basketball superstar commenting on viral online video clips with his friends.

Di Bona has also done some television directing. His credits as a director include broadcasts of the American Music Awards and the Academy of Country Music Awards.

For four years, Di Bona served as the chair of the Caucus for Television Producers, Writers and Directors. He also served on the board of trustees of his alma mater Emerson College, later becoming the board’s vice chairman.

Over the years, Di Bona has been involved in some notable controversies. In 1992, he was sued by Arleen Sorkin, a co-host of “America’s Funniest People,” who claimed she was fired from her position due to being white. Di Bona was encouraged by ABC chairman Dan Burke to hire an ethnic minority in her place; however, he ultimately chose to hire another white woman, Tawny Kitaen.

Di Bona faced greater controversy in early 2019 when both of his production companies, Vin Di Bona Entertainment and FishBowl Worldwide Media, were sued alongside an individual defendant on charges of sexual assault. The lawsuit was filed by three former female employees of the companies.

Di Bona’s first marriage, to wife Gina, produced a daughter named Cara. The couple eventually divorced. Di Bona married his second wife, television executive Erica Gerard, in 2006; they had originally met when Di Bona worked at CBS. Through the marriage, he has a step-daughter named Jamie. What was George Martin’s Net Worth? Sir George Martin was a record producer, composer, conductor, and musician who had a net worth of $100 million at the time of his death in 2016. George Martin wrote or performed most of the band’s orchestral arrangements and instrumentations, and played the keyboard on many of their records…. What was Sir Georg Solti’s Net Worth? Georg Solti was a Hungarian orchestral and operatic conductor who had a net worth of $16 million at the time of his death in 1997. During his life, Sir Georg Solti was worked with major opera companies in Munich, Frankfurt, London, and Chicago, among other cities. Under his…