What is Victor Garber’s Net Worth?

Victor Garber is a Canadian actor and singer who has a net worth of $5 million. Victor Garber is known for his performances in such films as “Sleepless in Seattle,” “Titanic,” “Legally Blonde,” “Milk,” and “Argo.” On the stage, he originated roles in many Broadway productions, including “Sweeney Todd: The Demon Barber of Fleet Street,” “Noises Off,” and “Lend Me a Tenor.” Meanwhile, on television, Garber is best known for his roles on “Alias” and the DC Comics series “The Flash” and “Legends of Tomorrow.”

Victor Garber was born on March 16, 1949 in London, Ontario, Canada to Joseph and actress and singer Hope. He has a brother named Nathan and a sister named Alisa. For his education, Garber went to Ryerson Elementary School and London Central Secondary School; he also studied at the University of Toronto’s Hart House over the summer when he was 16. Garber went on to study acting at the HB Studio in New York City.

Garber began his career in the late 60s as a folk singer. He soon formed the folk group the Sugar Shoppe with singer, songwriter, and pianist Peter Mann and singers Laurie Hood and Lee Harris. Moderately successful, the Sugar Shoppe had a top-40 hit in Canada with a cover of Bobby Gimby’s song “Canada.” The group also performed on “The Ed Sullivan Show” and “The Tonight Show Starring Johnny Carson.” In 1970, the Sugar Shoppe disbanded.

Transitioning to the stage in the early 70s, Garber portrayed Jesus in a 1972 Toronto production of “Godspell.” The following year, he appeared in the off-Broadway play “Ghosts.” Garber was subsequently in “Joe’s Opera” and “Cracks.” In 1977, he made his Broadway debut in the Tony Best Play winner “The Shadow Box”; he also appeared on Broadway in “Tartuffe.” Closing out the decade, Garber starred in the original Broadway productions of “Deathtrap” and “Sweeney Todd: The Demon Barber of Fleet Street.” For the former, he earned his first Tony Award nomination. Garber received his second Tony nomination in 1982 for his performance in the revival of “Little Me.” He subsequently originated the role of Garry Lejeune in the Broadway production of “Noises Off.” This was followed by “You Never Can Tell,” “The Devil’s Disciple,” “Wenceslas Square,” and “Love Letters.”

In 1989, Garber portrayed John Wilkes Booth in the original off-Broadway cast of “Assassins.” That same year, he earned his third Tony nomination for the original Broadway production of “Lend Me a Tenor.” A fourth nomination came in 1994 for Garber’s performance in the revival of “Damn Yankees.” His other stage credits have included “Arcadia,” “Present Laughter,” and the 2018 revival of “Hello, Dolly!” 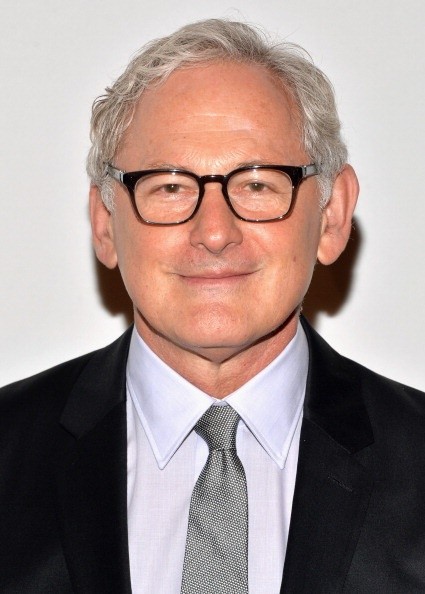 Garber made his screen-acting debut in 1973, reprising his role as Jesus in the film adaptation of “Godspell.” Subsequently, he was in “Monkeys in the Attic,” “In the Research of Path of Life,” and “The Legendary Life of Ernest Hemingway.” In the first half of the 90s, Garber had supporting roles in “Light Sleeper,” “Sleepless in Seattle,” “Life with Mikey,” “Exotica,” and “Jeffrey.” Later in the decade, he had memorable roles in the comedy “The First Wives Club,” playing film producer Bill Atchison, and in the epic “Titanic,” portraying shipbuilder Thomas Andrews.

In 2001, Garber played Professor Callahan in the hit comedy “Legally Blonde.” The next year, he appeared in “Tuck Everlasting” and “Home Room.” Garber didn’t return to the big screen until 2008, when he portrayed San Francisco mayor George Moscone in the biographical drama “Milk.” He went on to appear in such films as “You Again,” “The Town,” “The Entitled,” and “Take Me Home”; he also voiced Master Thundering Rhino in the animated sequel film “Kung Fu Panda 2.” In 2012, Garber portrayed Canadian diplomat Ken Taylor in the Oscar Best Picture winner “Argo.” His notable credits after that have included “Big Game,” “Self/less,” “Sicario,” “Rebel in the Rye,” and “Happiest Season.”

On television, Garber had his first leading role in 1985 on the CBS summer series “I Had Three Wives.” From 1987 to 1991, he had a recurring part on “The Days and Nights of Molly Dodd.” Following that, Garber had another recurring role, playing Adam Hirsch on the Canadian series “E.N.G.” from 1991 to 1993. His biggest role on a regular series was from 2001 to 2006, when he played the main role of Jack Bristow, the father of protagonist Sydney Bristow, on the ABC series “Alias.” For his work on that show, Garber earned three Emmy Award nominations. Subsequently, he starred on the legal series “Justice” and “Eli Stone,” and had a recurring role on “ReGenesis.” Among his other major credits, Garber had main roles on “Deception,” “Web Therapy,” “Legends of Tomorrow,” and “Family Law,” and recurring roles on “Power,” “Motive,” “The Flash,” “The Orville,” and “Tales of the City.”

In addition to regular series, Garber has appeared in numerous television films and miniseries. His television film credits include “Private Sessions,” “Liberace: Behind the Music,” “The First Circle,” “Cinderella,” and “Annie.” Meanwhile, Garber has appeared in such miniseries as “Alex Haley’s Queen,” “Life with Judy Garland: Me and My Shadows,” and “The Last Templar.”

Garber is openly gay. In 2015, he married artist and model Rainer Andreesen, with whom he had been in a relationship since 2000. For the most part, Garber prefers to keep his private life out of the spotlight.