What Is Tyler James Williams’ Net Worth?

Tyler James Williams was born on October 9, 1992, in Westchester County, New York. He is the son of counselor Angela Williams and teacher/retired police sergeant Le’Roy Williams. Tyler grew up in Yonkers with brothers Tyrel and Tylen, who are both actors. Tylen played James Phillips on Nick at Nite’s “Instant Mom,” and Tyrel starred as Leo Dooley on Disney XD’s “Lab Rats.” Tyler guest-starred on “Lab Rats” in 2012 and on “Instant Mom” in 2015.

Williams began acting when he was 4 years old, and in the late ’90s, he began a three-episode stint on “Saturday Night Live,” appearing in the “Heather Graham/Marc Anthony” (1999),”John Goodman/Neil Young” (2000), and “Jack Black/John Mayer” (2003) episodes. From 2000 to 2002, he voiced Bobby in six episodes of the Nickelodeon series “Little Bill,” which was created by Bill Cosby, and in 2000, he began appearing on “Sesame Street.” Tyler made his film debut with an uncredited role in the sports drama “Two for the Money” alongside Al Pacino and Matthew McConaughey, and that year he also guest-starred on “Law & Order: Special Victims Unit.” From 2005 to 2009, he starred on “Everybody Hates Chris” as a young Chris Rock. The series also starred Terry Crews and Tichina Arnold, and it aired 88 episodes over four seasons and earned Williams an NAACP Image Award. In 2006, Tyler voiced Blue Teammate #1 in the computer-animated film “The Ant Bully,” and he co-starred with Lewis Black, Wilmer Valderrama, Paget Brewster, Rob Corddry, and Jessica Walter in “Unaccompanied Minors.” 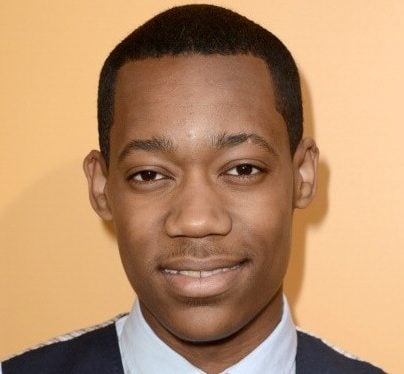 In 2019, Williams starred as Edgar Standish on the ABC series “Whiskey Cavalier,” guest-starred on “A Black Lady Sketch Show,” and co-starred with Sarah Hyland, Jenna Dewan, Anna Camp, and Wanda Sykes in “The Wedding Year.” He appeared in the 2020 drama “The Argument” and portrayed jazz musician Lester ‘Prez’ Young  in the 2021 biographical film “The United States vs. Billie Holiday,” and in 2021, he began playing Gregory Eddie on the critically-acclaimed sitcom “Abbott Elementary” alongside Quinta Brunson (the show’s creator), Janelle James, Sheryl Lee Ralph, Lisa Ann Walter, Chris Perfetti, and William Stanford Davis. In 2022, Tyler earned a Primetime Emmy nomination for his performance, and the series won numerous awards, including a Black Reel Television Award for Outstanding Comedy Series, a Hollywood Critics Association Award for Best Broadcast Network Series, Comedy, and a Television Critics Association Award for Program of the Year.

Tyler reportedly dated actress Keke Palmer as a teenager, and he guest-starred on her show “True Jackson, VP” in 2009. Williams was later reportedly in a relationship with singer-songwriter Karina Pasian, and he appeared in her 2014 music video “Solitaire.” Tyler was diagnosed with Crohn’s disease in 2017, three years after he began experiencing symptoms. He has undergone surgery multiple times, and during his first operation, doctors removed six inches of his small intestine. Shortly after that surgery, his small intestine split in the area where he had undergone surgery, and he contracted sepsis. Peter O’Toole was a British actor, director, producer, and author who had a net worth of $50 million at the time of his death in 2013. One of Hollywood’s most highly regarded actors, Peter O’Toole’s rise to stardom began in 1962 when he played T.E. Lawrence in the Oscar-winning film “Lawrence of Arabia.” Peter earned…