When you think of the founder of Twitter, you no doubt picture Jack Dorsey. But that’s not actually the full story. Without a guy named Evan Williams Twitter probably would never have existed. It was Evan Williams who nurtured the concept of what is about to become Elon Musk’s newest toy. Here’s a quick Twitter history that most people don’t know:

In 2003 Evan Williams sold a startup called Blogger to Google and took a job at the search giant. After a couple years he grew bored, so in early 2006 Evan and a Google co-worker named Biz Stone teamed up with Evan’s neighbor, Noah Glass, to launch a podcasting business they called Odeo.

One day, Jack Dorsey spotted Evan at a coffee shop, recognizing him as the founder of Blogger. On a whim, Jack sent Evan an email asking if he was looking to hire a good developer for whatever he was working on next. That’s how Jack came to work at Odeo. Odeo never really gained any traction and Evan started searching for a new idea to pivot to. Evan asked all of his Odeo employees if any of them had any cool tech ideas. Dorsey mentioned an idea he had been tinkering with called “Status.” Status would allow people to leave away messages on a public website. Yada yada yada, that became twttr, then eventually Twitter, a name chosen by Noah Glass.

Evan, Jack, Noah and Biz proceeded to return all the money Odeo had left in the bank to its investors. Then they bought all of Odeo’s assets through a newly-launched LLC called Obvious Corporation. Twitter was incorporated as its own company in April 2007 and Evan tapped Jack to be the CEO. Jack lasted as CEO for about a year before the board demanded he be removed. At that point Evan Williams took over as CEO. Two years later Evan Williams was out, and Dick Costolo became CEO. Dick led Twitter to a successful IPO in 2013. Dick lasted as CEO through June 2015 at which point Jack Dorsey rode back into town and was re-annointed CEO. Jack lasted through November 2021, at which point he is replaced by Parag Agrawal, who had previously served as Twitter’s CTO.

Upon becoming CEO, Parag was granted $30.4 million worth of compensation, most of which was in the form of Twitter stock awards. Perhaps more importantly, he negotiated what was likely regarded as a totally unnecessary contract point related to Twitter’s ownership status. More on this in a moment. 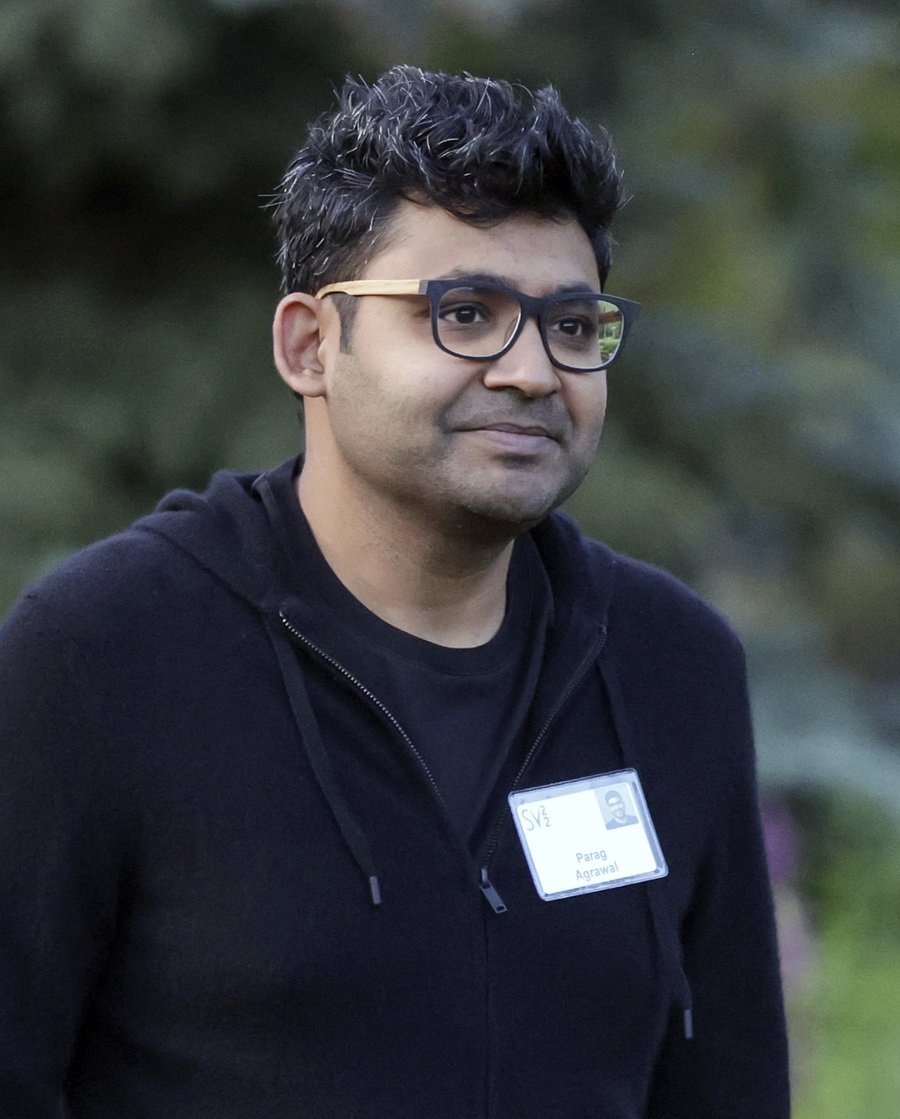 Parag was CEO for about three months before Elon Musk turned his entire world upside down. As you no doubt know by now, in March of 2020 Elon Musk began making serious moves towards, at first just investing in Twitter, and eventually demanding to buy the company outright.

Parag and the board agreed to Elon’s $44 billion offer on April 25, 2022. Parag had been on the job a little less than five months.

After months of back-and-forth wrangling, on October 4, 2022, Elon finally agreed to go through with the original offer he made back in April.

Those months were not pleasant for Parag. It’s safe to say that Parag and Elon are not fans of each other (and this was confirmed via their text messages that were recently made public). It would not be surprising in the least if Elon fired Parag on day one after the deal closes.

And that would be extremely welcome news for Mr. Agrawal!

According to that special term in his employment agreement, if Twitter ever changes ownership AND if Parag is fired by the new owner within the first 12 months under that new owner, Twitter must pay him…

If that happens, Parag will likely have made around $75 million over his 10-month term as CEO. Not a bad gig if you can get it, and you’re willing to walk through hell every day for about six months.

If you’re Elon Musk, and you hate the guy, do you suck it up and pay him $42 million to go away? Or do you keep him as CEO, reduce his salary to from $1 million to $100,000 a year, make his work life miserable and hope he quits? We shall see! Elvis Presley was a global phenomenon. He had a larger than life persona that kept him in the headlines right up until his death. He churned out hit album after hit album. He put all the pelvic thrusting we take for granted now, on the map. His recordings generated insane amounts of money and continue… With the booming of social media networks and online messaging platforms, more and more people are turning to memes, stickers, GIFs, and emojis as means to make their comments and messages more comprehensive and interesting. But with the limited graphics and memes available on these platforms and on your local collection, you will sometimes find… While Netflix is often everyone’s choices when it comes to streaming movies and watching TV shows, the service isn’t free so not everybody can enjoy it. That being said, Android users might want to go for the awesome mobile application of Plex instead. Here, you can enjoy amazing video content without having to pay for… Just for a minute, imagine you’re an investment banker traveling with some very important clients on private jet during an IPO roadshow. What is an IPO roadshow? It’s basically a traveling PR trip to promote a company that wants to go public. A roadshow will visit 2-3 cities in a day via private jet to… On Friday it was revealed that Alec Baldwin had listed his longtime Hamptons estate for a little under $30 million. The 10-acre property has a 10,000+ square foot farmhouse-style primary home that dates back to the 1700s. Endless lawns. A gorgeous pool. Enormous privacy hedges. It’s an incredible property. Here are some highlights from the… On October 8, Kanye West returned to Twitter after a two-year hiatus from the social media platform. Twitter’s soon-to-be new owner Elon Musk was quick to acknowledge Kanye’s return, tweeting: “Welcome back to Twitter, my friend!” Unfortunately, Kanye’s return was short-lived. Later that same day Kanye tweeted: “I’m a bit sleepy tonight but when I…