The estate of the late Paul Allen, billionaire co-founder of Microsoft and noted art collector, has indicated it will allow “at least” 150 pieces from his collection to go up for auction, with the proceeds going to charity. If the pieces end up being as valuable as pre-sale estimates indicate, the sale has the potential to be the biggest one-time public art auction in modern history.

Auction house Christie’s has secured the rights to the collection, which is scheduled to hit the auction block sometime this fall. Pre-sale estimates value the total collection at somewhere in the neighborhood of $1 billion, which would handily surpass such other big-ticket art collection auctions such as the $922 million collection that once belonged to Harry and Linda Macklowe, sold earlier this year.

Christie’s still has its work cut out for it before that happens, though, since the full collection donated by Allen is still to be completely cataloged. But Christie’s Americas chairman Marc Porter recently gave the Wall Street Journal a taste of what paintings the public can expect to see at the auction block, including “Small False Start” by Jasper Johns, estimated to be worth at least $50 million all on its own. “La Montagne Sainte-Victoire,” a 19th century landscape by Paul Cézanne, is expected to be worth even more. After selling for $39 million in 2001, the painting could prove to be worth more than $100 million this time around. 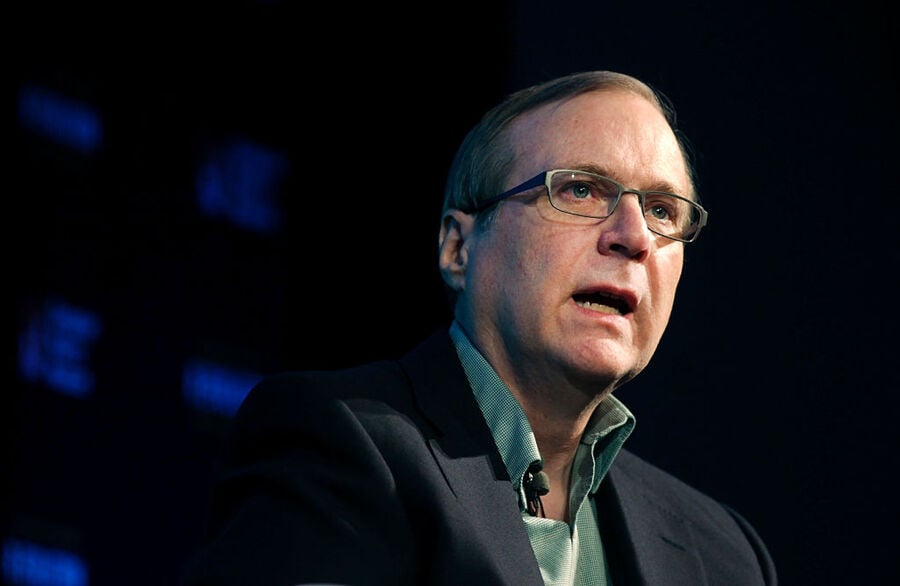 Allen, who passed away of non-Hodgkin’s lymphoma in 2018, was also known to have acquired at least one work by Claude Monet, having reportedly purchased it two years before his death for $81 million. He was a voracious art collector over the course of his life. In one interview he spoke about his vision for what would become of his unique collection after he was gone:

“You have to be doing it because you just love the works… and you know that all these works are going to outlast you. You’re only a temporary custodian of them.”

Now, the paintings and sculptures he collected will be finding new homes, and the plan is for the money from the sales to go to charity, although the Allen estate has yet to publicly announce which organization(s) will be receiving the money. Allen’s own philanthropic passions during his life included causes like the environment, biomedical research, and homelessness (with a reported $2 billion given altogether), so presumably the donations from the auction will remain in that vein. Generally speaking – and this is not qualified financial advice – It’s pretty much always better to invest your money rather than lit it simply sit in the bank earning pennies in interest. Putting your money to work can often lead to increasing it, and over time, you can see those investments double, triple, or…

Greenland is being hit hard by climate change, as the ice that forms much of the Arctic country is melting at alarming rates. In a somewhat ironic twist of fate, that very melting is exposing minerals that were formerly locked away under permanent layers of ice, and a group of climate-conscious billionaires including Jeff Bezos,… Roman Abramovich is one of many Russian billionaires who saw his fortune diminish significantly following the Russian invasion of Ukraine and the resultant sanctions from the UK and the European Union. Now, The Guardian reports that Abramovich might have attempted to dodge some of those economic sanctions even before the invasion actually happened, and he… Billionaire LA Clippers owner Steve Ballmer and his wife Connie Ballmer are putting their money where their mouths are with regards to putting money towards Black venture capital and investing in Black businesses. The former CEO of Microsoft has announced a $400 million investment in Black business by way of a “fund-of-funds strategy” in conjunction… By this point we’re used to reading headlines and reports about Russian billionaires having their assets like yachts and villas seized by governments seeking to crack down on Russia following its invasion of Ukraine. But at least one Russian billionaire, Oleg Deripaska, is in the inverse of that situation, reportedly having an entire hotel complex…