Kim Kardashian was one of several celebrities (including Floyd Mayweather and former NBA star Paul Pierce) to get caught up in a cryptocurrency called EthereumMax, which she allegedly promoted on her social media platforms without disclosing she had been paid to do so. That’s a big problem that got her in trouble with the United States Securities & Exchange Commission, which recently announced a sizable settlement with the reality TV superstar to the tune of $1.6 million.

The SEC press release says Kardashian received $250,000 to promote EMAX tokens on her Instagram account. But by failing to disclose that she was sponsored by the crypto platform, the post ran afoul of SEC regulations about investment endorsements, with particular crackdowns aimed at celebrities sponsoring cryptocurrencies.

FYI, anyone who bought EMAX on the day of Kim’s post and held to this day has seen their investment lose 95% of its value. And here is the infamous post: 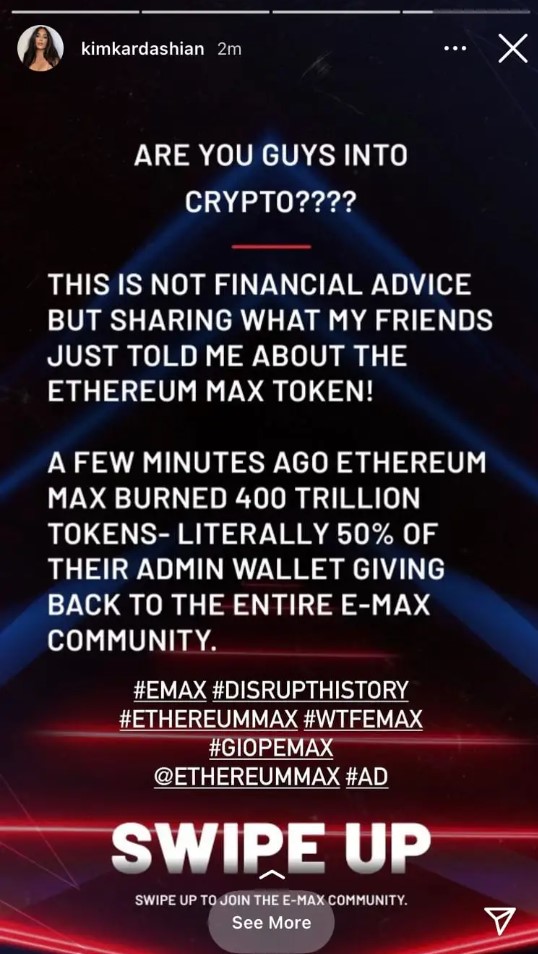 Gurbir S. Grewal, Director of the SEC’s Division of Enforcement, puts it like this:

“The federal securities laws are clear that any celebrity or other individual who promotes a crypto asset security must disclose the nature, source, and amount of compensation they received in exchange for the promotion. Investors are entitled to know whether the publicity of a security is unbiased, and Ms. Kardashian failed to disclose this information.” 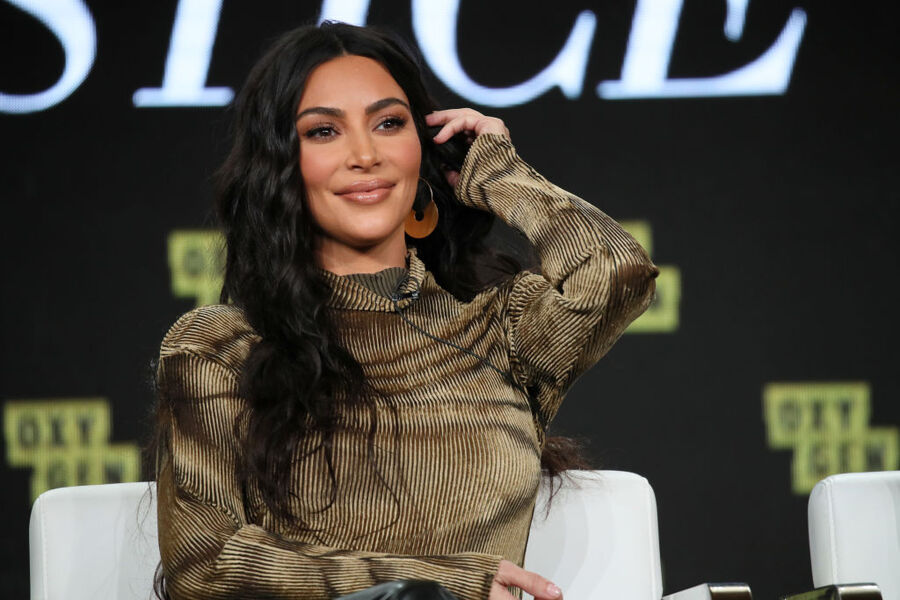 Kardashian’s settlement with the SEC does not involve her admitting any wrongdoing, but she is agreeing to pay $260,000 in disgorgement (her original fee for the promotion plus interest) and another $1 million fine to settle the matter between herself and the SEC. She has also agreed not to promote any cryptocurrencies for at least three years.

The EthereumMax case is the SEC’s way of waving a bright red flag about taking investment cues from social media celebrities or influencers, and SEC Chair Gary Gensler adds in the press statement that it will hopefully serve as a reminder to other such figures not to make the same mistake she did:

“Ms. Kardashian’s case also serves as a reminder to celebrities and others that the law requires them to disclose to the public when and how much they are paid to promote investing in securities.”

For Kardashian’s part, she hasn’t commented on the settlement outside of a basic statement from her attorney touting her cooperation with the SEC and eagerness “to get this matter behind her to avoid a protracted dispute.” While the SEC’s own investigation into EthereumMax is continuing, it appears that Kardashian’s part in the case is now behind her. Melinda French Gates has long chosen to focus her philanthropic energies on the cause of gender equality all over the world. In 2019, she pledged $1 billion to support that cause, but in a recent interview with Fortune magazine the former Mrs. Bill Gates gave more details about where exactly the $1 billion will be… Kanye West seems to be on a mission to permanently decimate his career, reputation and personal finances. And just when you think the hole he’s dug himself into couldn’t possibly get any deeper or grosser, he digs it 500 feet deeper into sewage. Today he dug a hole by setting off a nuclear career bomb….