If someone told you to name an NFL player, who would pop into your head? Old veterans such as Aaron Rodgers and Tom Brady? Young, exciting players such as Patrick Mahomes or Joe Burrow? Outspoken guys such as Aaron Donald or the recently retired Richard Sherman?

Chances are, a guard wouldn’t be the first name that comes to mind. But Quenton Nelson is fine with that — he’s too busy getting paid. He just scored the biggest contract for a guard in NFL history.

Nelson and the Indianapolis Colts agreed to a four-year extension that will make Nelson the highest-paid guard ever. The deal includes $60 million guaranteed and has an average annual value of $20 million. 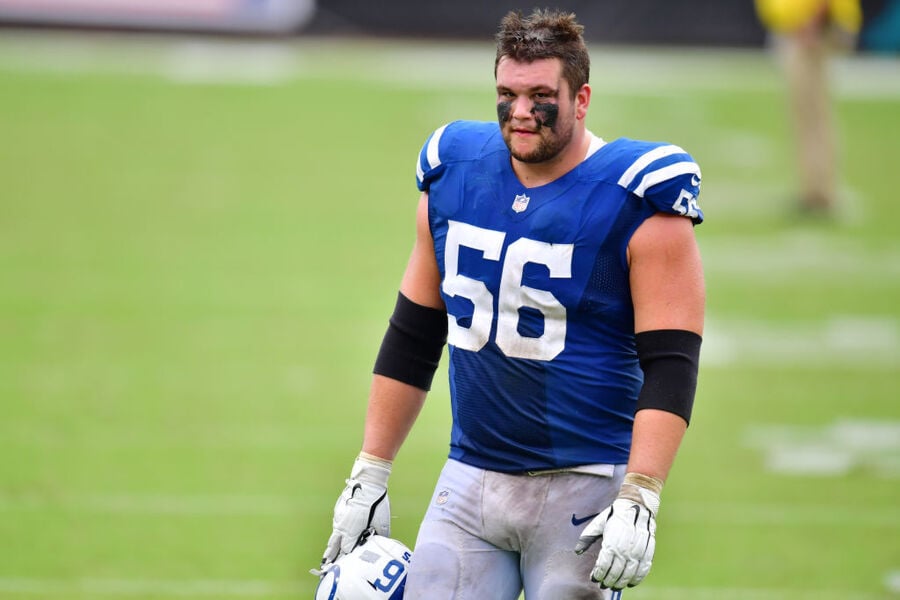 In four seasons, Nelson has already been an All-Pro three times. The Colts selected him sixth overall in 2018 out of Notre Dame, and he probably only missed the All-Pro team last season because of an ankle injury.

He’s put up among the best past block win rates since 2018 (94.6%) and the Colts have raved about his instincts and intelligence. Colts owner Jim Irsay even called Nelson “a generational player” after the team announced the extension.

Perhaps the most impressive thing about Nelson’s strong performance is that he’s done it with a different quarterback every single season.

His rookie year, he protected Andrew Luck. After Luck’s surprise retirement just before the 2019 season, the Colts have scrambled to find consistent quarterback play. The 2019 season was a combination of Jacoby Brissett and Brian Hoyer, 2020 was Philip Rivers’ final season in the NFL, and 2021 featured Carson Wentz lining up under center.

That Colts team was in prime position to make the playoffs, needing to win only one of their final two games, including one against the Jacksonville Jaguars, the league’s worst team. But the Colts lost both and slipped out of the postseason.

This year, Nelson will anchor the offensive line for Matt Ryan, acquired in a trade with the Atlanta Falcons. Ryan is on the downswing of his career, but maybe a change of scenery will do him good.

And he knows he’s got at least one fantastic player protecting him. This offseason, an investigation found Phoenix Suns and Mercury owner Robert Sarver guilty of workplace misconduct. His behavior included using the n-word multiple times, making “inequitable conduct” toward female employees, sharing inappropriate comments, and yelling and cursing at employees. The NBA responded by suspending Sarver for the entire season and fining him $10 million. As… Since winning the NBA championship in 2020, LeBron James hasn’t had a ton of basketball success. Sure, Space Jam: A New Legacy earned $163.7 million at the box office, which isn’t terrible (though doesn’t look great against a $150 million budget). But the Lakers squeaked into the postseason in 2021, losing in the first round to… Before this year, the last time a team won the World Series at home was in 2013. That span included the Houston Astros’ 2017 title (a Game 7 victory on the road over the Los Angeles Dodgers) and defeats in 2019 (a Game 7 home loss to the Washington Nationals) and 2021 (in Game 6… If you want to be a wealthy professional athlete, you could do a lot worse than an NFL quarterback. This might not be a groundbreaking revelation, but it’s still true. QBs get to be the face of their team. They score cool endorsement deals and are featured in national TV campaigns. And because they’re such… Even with all the controversy surrounding this year’s event in Qatar, the World Cup is still regularly among the most thrilling events in soccer. It only happens once every four years, so there’s a sense of scarcity around the tournament. We also tend to get all kinds of emotional stories; this year delivered with Japan’s…