What Is Pam Dawber’s Net Worth?

Pam Dawber was born Pamela Gene Dawber on October 18, 1951, in Detroit, Michigan. She is the daughter of Thelma and Eugene Dawber, who passed away in 2003 and 2013, respectively, and Eugene was a commercial artist. Pam’s younger sister, Leslie, died from a congestive heart condition in 1976. Dawber attended Reid Elementary School and North Farmington High School, and after graduation, she enrolled at Oakland Community College. Though she intended to later transfer to a four-year college, Pam ended up deferring her studies to focus on modeling and then decided to model full-time.

Dawber began working with Wilhelmina Models in New York City, and she starred in TV commercials for Noxzema, Fotomat, and other companies in the ’70s. Pam took part in a screen test for the 1977 “Bewitched” spinoff “Tabitha,” and though she didn’t land the role, ABC executives enrolled Dawber in the network’s talent development program. She was recruited from the program by Garry Marshall, who cast her as Mindy McConnell on the sitcom “Mork & Mindy” in 1978. Also starring Robin Williams, the series aired nearly 100 episodes over four seasons and earned a Primetime Emmy nomination for Outstanding Comedy Series in 1979. Around this time, Pam also appeared in the feature film “A Wedding” (1978) and the TV movies “The Girl, the Gold Watch & Everything” (1980), “Remembrance of Love” (1982), “Through Naked Eyes” (1983), “Last of the Great Survivors” (1984), “This Wife for Hire” (1985), “Wild Horses” (1985), and “American Geisha” (1986), and she guest-starred on “The Twilight Zone” (1985). From 1986 to 1988, Dawber starred as Samantha “Sam” Russell on “My Sister Sam” alongside Rebecca Schaeffer, then she appeared in the TV movies “Quiet Victory: The Charlie Wedemeyer Story” (1988), “Do You Know the Muffin Man?” (1989), and “The Face of Fear” (1990). 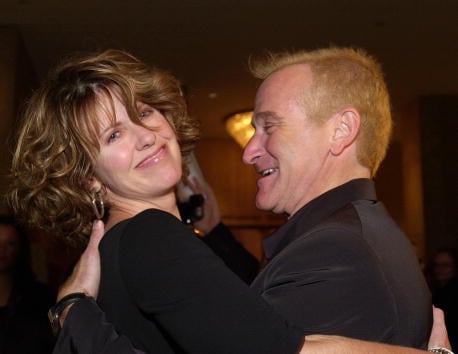 In 1992, Pam co-starred with John Ritter and Eugene Levy in the film “Stay Tuned,” then she guest-starred on “Dream On” (1994) and appeared in the TV movies “The Man with Three Wives” (1993), “Web of Deception” (1994), “A Child’s Cry for Help” (1994), “Trail of Tears” (1995), and “A Stranger to Love” (1996). In 1997, she starred as Ronnie Boswell on the CBS sitcom “Life… and Stuff,” and she began voicing Perdy on “101 Dalmatians: The Series.” In 1999, Dawber co-starred with her husband, Mark Harmon, in the family drama “I’ll Remember April” and appeared in the TV movie “Don’t Look Behind You.” In 2006, she was featured in the documentary “Christa McAuliffe: Reach for the Stars.” In 2014, Pam guest-starred in an episode of Robin Williams’ CBS series “The Crazy Ones” a few months before Williams, who was suffering from Lewy body disease, died by suicide. In 2016, Dawber appeared in an episode of the CBS reboot of “The Odd Couple” that served as a tribute to Garry Marshall, who had passed away earlier that year. In 2021, Pam had a recurring role as investigative journalist Marcie Warren on Harmon’s CBS police procedural “NCIS.”

Pam married actor Mark Harmon, who was named “People” magazine’s 1986 “Sexiest Man Alive,” in a private ceremony on March 21, 1987. The welcomed sons Sean and Ty on April 25, 1988, and June 25, 1992, respectively. Dawber’s “My Sister Sam” co-star Rebecca Schaeffer briefly lived with Pam and Mark, and sadly, after Rebecca moved into a West Hollywood apartment, she was murdered there by an obsessed fan, Robert John Bardo, on July 18, 1989. After the tragedy, Dawber and a few of her former “My Sister Sam” castmates filmed a PSA about gun violence, and Pam became an advocate for gun control. She told “20/20” in 2019, “I [had guilt] for years because I was so devastated, as everyone else was as well. I thought of Rebecca every day of my life probably for two years. But I couldn’t keep diving in. … I almost had to let my relationship with her parents go. There’s something just so painful about the thought…I hadn’t spoken to them since her death and possibly funeral, and I have felt guilty about that for all those years.”

Dawber won People’s Choice Awards for Favorite Female Performer in a New TV Program in 1979 and 1987. In 1979, she earned a Photoplay Award for Favorite Female Newcomer, and in 2007, she was nominated for The “Who Knew They Could Sing?” Award at the TV Land Awards.

In 1988, Pam and Mark paid $4 million for a home in the Mandeville Canyon area of Los Angeles. The couple remodeled the house, which was built in 1951, and in 1990, they sold the three-bedroom, six-bathroom home for director Barry Levinson for $7.9 million.