What is Nick Van Exel’s Net Worth?

Nick Van Exel is an American former professional basketball player who has a net worth of $20 million. Nick Van Exel was a left-handed point guard known for his flashy style who had a 13-year NBA career and was an NBA All-Star with the Los Angeles Lakers in 1998.

Nickey Maxwell Van Exel was born on November 27, 1971, in Kenosha, Wisconsin. Nick was primarily raised by his mother, Joyce, and attended a private high school in Kenosha. He played basketball there from 1987 to 1989 scoring 1,282 points and led the WISAA state tournament in scoring as a junior and senior. He was named to the Associated Press All-State team as a senior.

As much as Nick Van Exel wanted to play basketball at the next level, his grades weren’t up to par. So he joined a community college for a few years to reapply himself enough to make the grade at the University of Cincinnati to play under coach Bob Huggins. As their point guard, Van Exel averaged 12.3 points and 2.9 assists per game and the Bearcats won their league tournament, four NCAA tournament games, and advanced to the NCAA Final Four. He was once Cincinnati’s all-time leader in three-point field goals made (147), attempted (411), and percentage (.358) with those records having since been surpassed.

Nick Van Exel’s NBA career began when he was selected by the Los Angeles Lakers in the second round (37th overall) of the 1993 NBA draft. He helped lead them to the playoffs in 1995 after the Lakers missed them for the first time in years in the 1994 season and earned the nickname “Nick the Quick” with his speed and ability to knock down critical shots. Over his career with the Lakers, Van Exel averaged 14.9 points per game and 7.3 assists. But after five seasons as their starting point guard, he was traded to the Denver Nuggets.

The Nuggets were one of the worst teams in the league, but Van Exel earned several career highs putting up averages of 17.7 points per game and 8.4 assists per game over four seasons, and 21.4 points per game through 45 games of the 2001-2002 season. In 2002, he was traded to the Dallas Mavericks in a seven-player and 2002 first-round-pick deal. He played a smaller role in Dallas but was still efficient.

Van Exel was traded to the Golden State Warriors where he played a career-low 39 games averaging 12.6 points per game and 5.3 assists before being sent to the Portland Trailblazers in 2004. He only played in 53 games with Portland before being waived. Nick then signed with the San Antonio Spurs stating that it would be his last year in the NBA. He averaged career lows and suffered knee and elbow injuries limiting him to 65 games during the 2005-2006 season. After the San Antonio Spurs were eliminated in the playoffs by the Dallas Mavericks, Nick Van Exel announced his retirement. 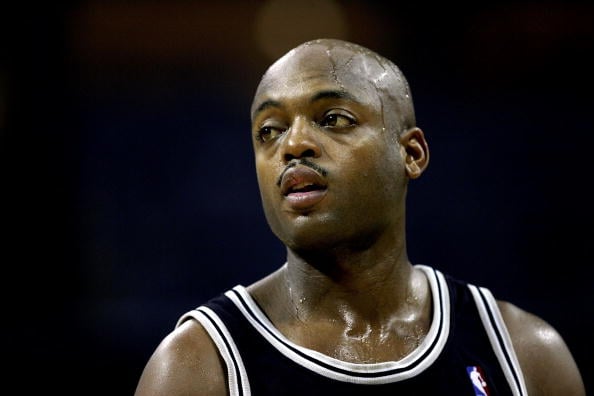 Nick Van Exel earned $74,408,867 in NBA salary over his NBA career. A contract he signed with the Denver Nuggets paid him a guaranteed $50.5 million over five years that could have hit as much as $77 million over seven years had he hit specific incentives with the team; Van Exel would only play four years with the Nuggets before being traded. While with the Portland Trailblazers and Golden State Warriors, Van Exel earned his highest salaries, $11,933,252 and $11,956,625, respectively.

Nick Van Exel’s son, Nickey, was convicted of murdering his friend and sentenced to 60 years in prison on January 31, 2013. Nickey fatally shot his best friend, Bradley Eyo, and dumped the body in Lake Ray Hubbard out of fear that he would come forward to authorities about a series of bank robberies the two had committed together. What is Willis Reed’s Net Worth? Willis Reed is an American former professional basketball player, coach, and general manager who has a net worth of $5 million. Willis Reed played in the NBA for the New York Knicks and was voted one of the 50 Greatest Players in NBA History. He coached for several teams…