What Is Ms. Pat’s Net Worth?

Ms. Pat (also known as Patricia Williams) is an American stand-up comedian, actress, writer, and producer who has a net worth of $2 million. Ms. Pat created the BET+ sitcom “The Ms. Pat Show,” (2021–present), which she stars on, writes, and executive produces. She released the comedy album “Rabbit” in 2017, and she starred in the Netflix comedy special “Ms. Pat: Y’all Wanna Hear Something Crazy?” in 2022. She also hosts the podcast “The Patdown with Ms. Pat,” and she published the book “Rabbit – The Autobiography of Ms. Pat,” which she co-wrote with Jeannine Amber, in 2017. The book was nominated for an NAACP Image Award for Outstanding Literary Work – Debut Author in 2018.

Ms. Pat was born Patricia Williams on April 2, 1972, in Atlanta, Georgia. According to the bio on her official website, Ms. Pat was “born to a single mother of 5, living on welfare in a tough West end neighborhood of Atlanta.” She gave birth to two children as a teenager, one at 14 and one at 15, and their father was a man eight years her senior who had started sexually abusing her when she was just 12 years old. Ms. Pat was previously sexually abused by a man her mother had dated. When she was 15, she began selling drugs using “Rabbit” as her street name, and during her teenage years, she was arrested several times and was shot twice. 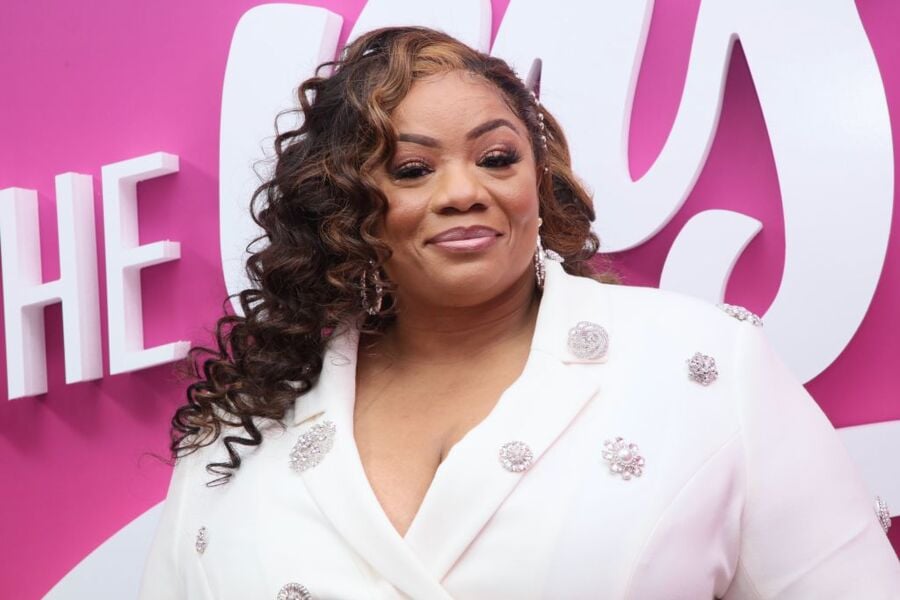 In 2021, “The Ms. Pat Show” began streaming on BET+. Ms. Pat co-created the series with Jordan E. Cooper, and it was renewed for a third season in July 2022. She stars alongside J. Bernard Calloway, Tami Roman, Vince Swann, Briyana Guadalupe, and Theodore John Barnes on the series, and in 2022, it earned a Primetime Emmy nomination for Outstanding Directing for a Comedy Series.

In addition to Ashley and Nikia, the two children Ms. Pat gave birth to as a teenager, she later welcomed two children, Garrianna and Garrett Jr., with her husband, Garrett Lee, who she met when she was 19. According to her official bio, when Ms. Pat met Garrett, “I was so tired, I thought for sure I was going to end up dead. He was 21 and a military vet and he showed me a way out.” At the age of 19, Ms. Pat also took in four of her nieces and nephews due to her sister’s struggles with drug addiction. She has said that taking care of her sister’s children involved “visits to the welfare office for food stamps and Section 8 housing assistance” and that her caseworker encouraged her to try stand-up comedy. Ms. Pat has been open about the fact that she had two abortions when she was a teenager. What Is Tom Papa’s Net Worth? Tom Papa is an American comedian, actor, television and radio host, writer, and producer who has a net worth of $4 million. Tom Papa has released the stand-up comedy album “Calm, Cool, & Collected” (2005), the albums/specials “Live in New York City” (2012), “Freaked Out” (2013), and “Human Mule”… What Is James Murray’s Net Worth? James Murray (also known as “Murr”) is an American comedian, actor, producer, television personality, and author who has a net worth of $7 million. James Murray is best known for starring on and executive producing the TruTV hidden camera series “Impractical Jokers” (2011–present) alongside his friends Brian “Q” Quinn,… What was Anne Meara’s Net Worth? Anne Meara was an American actress and comedian who had a net worth of $12.5 million at the time of her death in 2015. Anne Meara was best known as one half of the 1960s comedy team Stiller and Meara with her husband Jerry Stiller. She also appeared on… What is Dan Soder’s Net Worth? Dan Soder is a stand-up comedian, actor, and radio personality who has a net worth of $2 million. Dan Soder is known for his many appearances on the reality comedy television series “Guy Code” and for his role as Dudley Mafee on the drama series “Billions.” He also co-hosts… What Is Dom Irrera’s Net Worth? Dom Irrera is an American comedian, actor, writer, and producer who has a net worth of $3 million. Dom Irrera has had a career in comedy that many aspiring comedians dream of. Accumulating much of his net worth in the world of live stand-up comedy, Irrera has also been…