What is Maurice Starr’s Net Worth?

Maurice Starr is an American musician, writer, producer and boy band impresario who has a net worth of $80 million. Maurice Starr was best known for creating, writing, and producing albums and songs for the popular boy bands New Edition and New Kids on the Block. New Kids would go on to sell more than 80 million albums worldwide. He has also served as a producer for such artists as Homework, Con Funk Shun, Perfect Gentlemen, Tiffany, and Ana. Earlier in his career, Starr was a member of the bands the Johnson Brothers and the Jonzun Crew, both of which featured his brothers Michael and Soni.

Maurice Starr was born as Larry Curtis Johnson on July 14, 1953 in DeLand, Florida to musicians Willie Mae and Ray. His mother played the organ at church while his father was a trumpet player. As a young adult, Johnson moved to Boston, Massachusetts.

The Johnson Brothers and the Jonzun Crew

Johnson began his music career performing alongside his brothers Soni and Michael in the bands the Johnson Brothers and the Jonzun Crew. The latter, an electro group inspired by the Afro-futurist stylings of Parliament-Funkadelic, also included Steve Thorpe and Gordy Worthy. In 1983, the Jonzun Crew released its debut album, “Lost in Space,” which featured the songs “Space is the Place,” “Space Cowboy,” and “Pack Jam (Look Out for the OVC).” The group went on to release two more albums, 1984’s “Down to Earth” and 1990’s “Cosmic Love.”

In 1980, Johnson embarked on a solo recording career under the stage name Maurice Starr. He subsequently released two R&B solo albums: “Flaming Starr” and “Spacey Lady.” Ultimately, neither was successful. As a result, Starr put together a band to perform the songs that he had written instead of singing them solo.

In Boston, Starr held a talent show at the Strand Theatre called Hollywood Talent Night. There, a boy band called New Edition performed in 1982. Despite coming in second place, the group so impressed Starr that he invited them to come to his studio the next day to record an album. New Edition went on to release that album, “Candy Girl,” in 1983. On the album, Starr served as producer, arranger, and mixer, and also contributed a variety of instrumentals. “Candy Girl” launched the hit singles “Is This the End,” “Popcorn Love,” and the title track.

After returning from its first major concert tour, New Edition began struggling financially, and its members were being underpaid as a result. Consequently, the group parted ways with Starr in 1984. 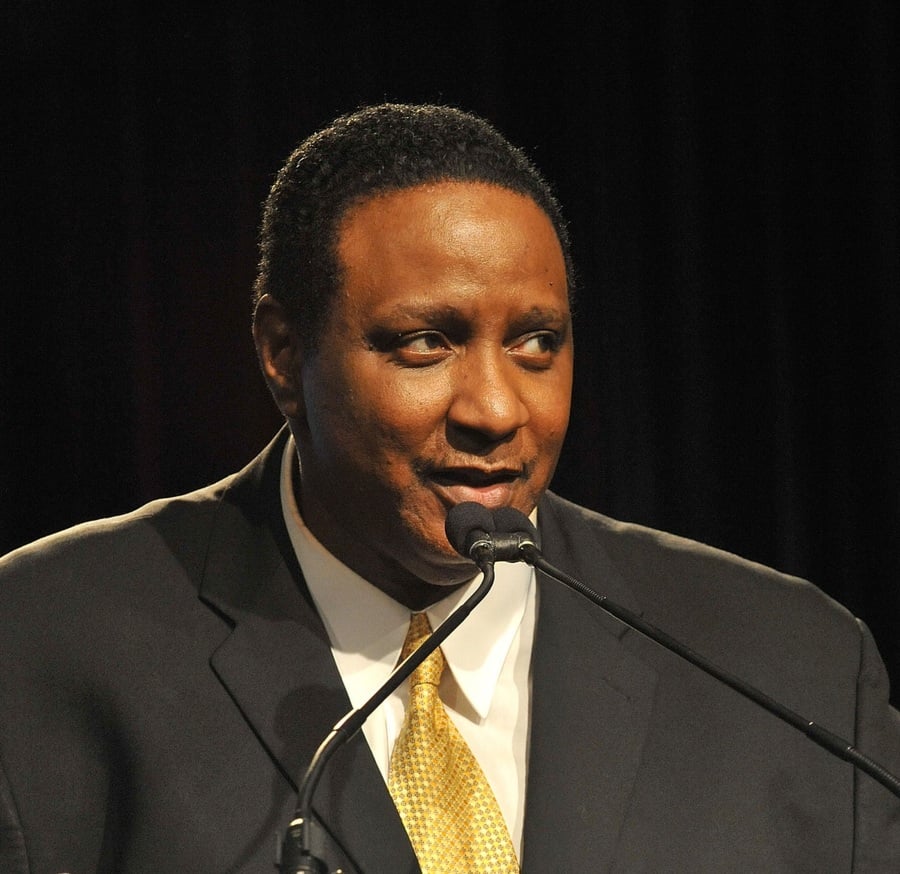 New Kids on the Block

After separating from New Edition, Starr created another boy band, New Kids on the Block. The group was modeled after New Edition, but included white male teenagers instead of black ones. Its members were Joey McIntyre, Donnie Wahlberg, Danny Wood, and brothers Jonathan and Jordan Knight. New Kids on the Block went on to release their self-titled debut album in 1986. Although it performed tepidly at the time, the album later gained commercial success after New Kids on the Block shot to superstardom in 1988 with the release of their second album, “Hangin’ Tough.” That album, which peaked at number one on the Billboard 200, became the group’s best-selling album with over 14 million copies sold worldwide. Moreover, it spawned the hit singles “Please Don’t Go Girl,” “Cover Girl,” “You Got It (The Right Stuff),” “I’ll Be Loving You (Forever),” and the title track.

In 1990, Starr produced his final album for New Kids on the Block, “Step by Step”; he also wrote all of the tracks. Making it to number one on both the Billboard 200 and the UK Albums Chart, the album launched the hit singles “Tonight” and the title track.

Starr produced a number of further albums throughout the 90s, including Tiffany’s “New Inside” and Ana’s “Body Language.” Additionally, he wrote some of the albums’ tracks. Starr also worked on albums by such artists as Homework, Classic Example, Tommy Page, Rick Wes, NK5, and Heart Body & Soul. None of these artists, however, were able to reach the level of popularity attained by New Edition or New Kids on the Block. What Is Burt Sugarman’s Net Worth? Burt Sugarman is an American film and television producer who has a net worth of $100 million. That’s a combined net worth with his wife, Mary Hart. Burt Sugarman is a true legend in the world of TV entertainment and has earned an Academy Award nomination and a Primetime… What is Vin Di Bona’s Net Worth and Salary? Vin Di Bona is an American television super producer and director who has a net worth of $200 million. Vin Di Bona is best known for producing the shows “America’s Funniest Home Videos,” “Entertainment Tonight,” and “MacGyver.” In addition to his eponymous production company, he has…