What is Joel Edgerton’s Net Worth?

Joel Edgerton is an Australian actor, screenwriter, and director who has a net worth of $4 million. Joel Edgerton is best known for his performances in such films as “Warrior,” “Black Mass,” “Loving,” and “The King.” He also wrote and directed the films “The Gift” and “Boy Erased,” in both of which he also acted. On television, Edgerton has appeared on the series “The Secret Life of Us,” “Dangerous,” “Dirt Game,” “The Underground Railroad,” and “Obi-Wan Kenobi,” among others.

Joel Edgerton was born on June 23, 1974 in Blacktown, New South Wales, Australia to Marianne and Michael. He has Dutch ancestry through his mother, who emigrated from The Hague. Edgerton has an older brother named Nash who is an actor, director, and stuntman. As a youth, Edgerton went to the Hills Grammar School. Later, he attended the University of Western Sydney’s Nepean Drama School.

Edgerton made his feature film debut in the 1996 film “Race the Sun,” starring Halle Berry and James Belushi. He was subsequently in “Praise,” “Dogwatch,” and “Erskineville Kings.” At the beginning of the new millennium, Edgerton appeared in the ensemble cast of “Sample People.” He had his biggest film yet in 2002 when he played Owen Lars in “Star Wars: Episode II – Attack of the Clones,” a role he reprised in 2005’s “Star Wars: Episode III – Revenge of the Sith.” Between the two films, Edgerton was in “The Hard Word,” “The Night We Called it a Day,” “Ned Kelly,” and “King Arthur.” In the latter half of the 00s, he appeared in such films as “Smokin’ Aces,” “Whisper,” “Acolytes,” “Separation City,” and “The Waiting City.” Edgerton also co-wrote and starred in the thriller “The Square,” directed by his brother, and lent his voice to the stop-motion animated film “$9.99.”

In 2010, Edgerton starred in the crime drama “Animal Kingdom” and voiced Metal Beak in the animated fantasy film “Legend of the Guardians: The Owls of Ga’Hoole.” The following year, he starred as an MMA fighter in the sports drama “Warrior,” and played a helicopter pilot in “The Thing,” a prequel to the eponymous 1982 John Carpenter film. Edgerton was subsequently in “Wish You Were Here,” “The Odd Life of Timothy Green,” “Zero Dark Thirty,” and Baz Luhrmann’s adaptation of “The Great Gatsby.” He next wrote and starred in the crime thriller “Felony.” In 2014, Edgerton starred opposite Christian Bale in Ridley Scott’s biblical epic “Exodus: Gods and Kings,” playing Moses’ adoptive brother Ramesses II. 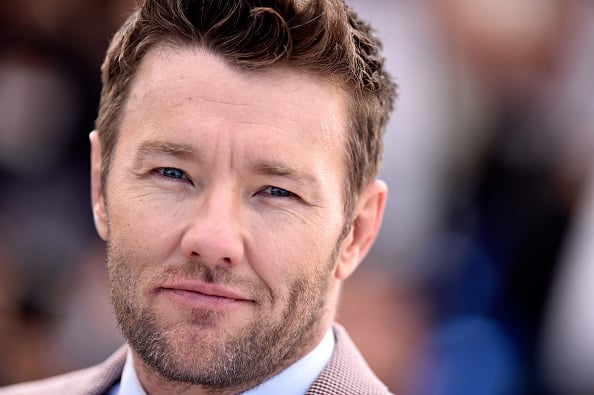 Edgerton had a major year on the big screen in 2015. First, he appeared in Anton Corbijn’s biographical drama “Life,” portraying real-life photojournalist John G. Morris. His next film was his feature directorial debut, the psychological thriller “The Gift,” which he also wrote and starred in. Edgerton subsequently portrayed FBI agent John Connolly in the biographical crime film “Black Mass,” and co-wrote and starred in the Western “Jane Got a Gun.” He had another big year in 2016 with starring roles in two films directed by Jeff Nichols: the science-fiction thriller “Midnight Special” and the biographical drama “Loving.” For his portrayal of Richard Loving in the latter title, Edgerton earned a Golden Globe Award nomination for Best Actor in a Motion Picture – Drama.

In 2017, Edgerton starred in the psychological horror film “It Comes at Night” and the fantasy action film “Bright.” The following year, he starred opposite Jennifer Lawrence in the spy thriller “Red Sparrow,” and appeared in the cast of his brother’s crime comedy “Gringo.” Edgerton also wrote, directed, and acted in the biographical drama “Boy Erased,” about gay conversion therapy. His other credits have included the war film “The King”; the medieval fantasy “The Green Knight”; the survival film “Thirteen Lives”; and the crime thrillers “The Stranger” and “Master Gardener.”

On the small screen, Edgerton first appeared in a 1995 episode of the Australian series “Police Rescue.” He went on to appear in episodes of various other Australian series over the ensuing years, including “Spellbinder,” “Water Rats,” “Big Sky,” “Fallen Angels,” and “Wildside.” In 2000, he appeared in the biographical television film “The Three Stooges.” Edgerton had his first main role on a regular series from 2001 to 2002, when he played Will McGill on “The Secret Life of Us.” He won the AACTA Award for Best Lead Actor in a Television Drama for his work. Edgerton subsequently appeared in two episodes of “Dossa and Joe.” Later, in 2007, he had his next main role on “Dangerous,” playing Senior Sergeant Mark Field. Edgerton followed this with a main role on “Dirt Game” in 2009. He didn’t return to television until 2021, when he played slave catcher Arnold Ridgeway in the Amazon Prime Video miniseries “The Underground Railroad.” Following this, Edgerton reprised his earlier “Star Wars” role as Owen Lars in the Disney+ miniseries “Obi-Wan Kenobi.”

Beyond the screen, Edgerton has appeared on stage in a number of productions, many with the Sydney Theatre Company. In the 90s, he acted in the plays “Blackrock,” “Dead White Males,” “Third World Blues,” and “Love for Love.” He also appeared in Bell Shakespeare productions of “Henry IV” and “Henry V.” Edgerton returned to the Sydney Theatre Company in 2009 to play Stanley Kowalski in “A Streetcar Named Desire.”

In 2018, Edgerton started a romantic relationship with magazine fashion director Christine Centenera, whom he has known since the late 90s. The couple had twins in 2021.

On the philanthropic side of things, Edgerton is an ambassador of the Fred Hollows Foundation, a non-profit aid organization that works to treat and prevent optical disorders for people throughout Australia, Asia, and Africa.