What is Jacqueline Bisset’s Net Worth?

Jacqueline Bisset is an English actress who has a net worth of $20 million. Jacqueline Bisset rose to prominence in the late 60s with the films “The Detective,” “Bullitt,” and “The Sweet Ride.” She went on to have a prolific film career after that, with her notable credits including “Airport,” “Day for Night,” “St. Ives,” “The Deep,” “Who is Killing the Great Chefs of Europe?,” “Class,” and “Under the Volcano.” Bisset has also appeared on many television series, such as “Nip/Tuck” and “Dancing on the Edge.”

Jacqueline Bisset was born as Winifred Jacqueline Fraser Bisset on September 13, 1944 in Weybridge, Surrey, England to Arlette, a housewife and former attorney, and George, a general practitioner. She was raised in Reading where she lived in the suburb of Tilehurst. She is of English and French ancestry on her mother’s side and of Scottish descent on her father’s side. Her mother cycled from Paris and boarded a British troop transport to escape the Germans during World War II before meeting her husband and having Bisset. Bisset has an older brother named Max. For her education, Bisset went to the Lycée Français de Londres in London. Jacqueline Bisset took ballet lessons as a child and began taking acting lessons, which she paid for through fashion modeling.

Bisset made her screen debut in 1965, appearing in an uncredited part in Richard Lester’s comedy “The Knack …and How to Get It.” The next year, she had her first credited role in Roman Polanski’s psychological thriller “Cul-de-sac.” Bisset subsequently landed bigger roles in the 1967 films “Two for the Road,” “Casino Royale,” and “The Cape Town Affair.” However, it was in 1968 that she rose to true stardom with her starring roles in three films: “The Detective,” “Bullitt,” and “The Sweet Ride.” Bisset closed out the decade with further starring roles in “The First Time” and “Secret World.”

Bisset’s star continued to rise throughout the 70s. Kicking off the decade, she appeared in the blockbuster disaster film “Airport” and the drama “The Grasshopper.” Bisset subsequently starred in the horror film “The Mephisto Waltz,” the romantic drama “Believe in Me,” and the comedy “Stand Up and Be Counted.” She also played the daughter of Paul Newman’s main character in the Western comedy “The Life and Times of Judge Roy Bean.” In 1973, Bisset had notable starring roles in “The Thief Who Came to Dinner,” “Le Magnifique,” and François Truffaut’s “Day for Night.” She went on to star in a number of other European films over the ensuing years, including “Murder on the Orient Express,” “The Spiral Staircase,” “End of the Game,” and “The Sunday Woman.” Returning to the US, Bisset appeared in “St. Ives,” “The Deep,” and “The Greek Tycoon.” She had one of her greatest critical successes with the black comedy “Who is Killing the Great Chefs of Europe?,” for which she earned a Golden Globe Award nomination.

In the early 80s, Bisset starred in the disaster film “When Time Ran Out,” the war film “Inchon,” and George Cukor’s final film, “Rich and Famous.” In 1983, she had one of her most famous roles in the dramedy “Class,” playing a married woman having an affair with her son’s roommate. The year after that, Bisset earned a Golden Globe nomination for her supporting performance in John Huston’s “Under the Volcano.” She went on to star in “Forbidden,” “High Season,” “Scenes from the Class Struggle in Beverly Hills,” and “Wild Orchid.” In the 90s, Bisset appeared in such films as “Rossini! Rossini!,” “End of Summer,” “Dangerous Beauty,” and “Let the Devil Wear Black.” She was also in Claude Chabrol’s acclaimed crime film “La Cérémonie,” for which she received a César Award nomination.

Beginning the new millennium, Bisset starred in “Les Gens qui s’aiment,” “The Sleepy Time Gal,” and “New Years Day.” She was subsequently in such films as “Latter Days,” “Swing,” “The Fine Art of Love: Mine Ha-Ha,” “Domino,” and “Death in Love.” Bisset’s credits in the 2010s include “Two Jacks,” “Welcome to New York,” “Miss You Already,” “The Last Film Festival,” and “Double Lover.” Her other credits have included “Backstabbing for Beginners,” “Here and Now,” and “Birds of Paradise.” 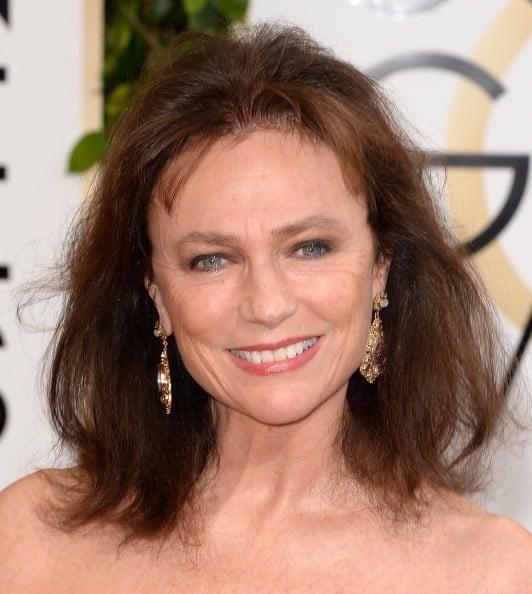 On the small screen, Bisset has appeared in numerous television films, miniseries, and regular series. Her first big role came in 1985, playing the titular character in CBS’s television film adaptation of “Anna Karenina.” Bisset was next in the ABC television film “Choices” and the miniseries “Napoleon and Josephine: A Love Story,” in which she portrayed Josephine de Beauharnais. In the 90s, she was in the television films “Once You Meet a Stranger” and “Witch Hunt,” as well as the miniseries “Joan of Arc” and “Jesus.” For her performance as Isabelle d’Arc in the former miniseries, Bisset earned Golden Globe and Emmy Award nominations.

Bisset starred in multiple television films in the early 00s, including “Britannic,” “Sex & Mrs. X,” “Dancing at the Harvest Moon,” and “America’s Prince: The John F. Kennedy Jr. Story,” in which she portrayed Jacqueline Bouvier Kennedy Onassis. In 2006, Bisset had one of her most notable roles on a regular series, playing the recurring character James LeBeau on the medical drama series “Nip/Tuck.” She went on to appear in more television films after this, including “Carolina Moon” and “An Old Fashioned Thanksgiving.” In the early 2010s, Bisset had a recurring role on “Rizzoli & Isles” and a supporting role in the miniseries “Dancing on the Edge.” She won a Golden Globe Award for the latter program.

Bisset has had several long-term romantic relationships, but has never married. In the 60s, she dated Hani Ayoub and actor Michael Sarrazin. From 1974 to 1980, Bisset was in a relationship with film producer and real estate mogul Victor Drai. She subsequently dated ballet dancer and actor Alexander Godunov from 1981 to 1988. This was followed by a four-year relationship with actor and director Vincent Perez. Bisset has also been in a long-term relationship with martial arts instructor Emin Boztepe.