What was Elizabeth Peña’s Net Worth?

Elizabeth Pena was an American actress and television producer who had a net worth of $1 million at the time of her death in 2014. Elizabeth Peña was best known for her performances in such films as “Batteries Not Included,” “La Bamba,” “Rush Hour,” and “Lone Star.” On television, she appeared on such shows as “I Married Dora,” “Shannon’s Deal,” and “Matador.” Among her other endeavors, Peña co-founded the Hispanic Organization of Latin Actors. Unfortunately, Elizabeth Peña died on October 15, 2014 at the age of 55.

Elizabeth Peña was born on September 23, 1959 in Elizabeth, New Jersey to Estella, an arts administrator and producer, and Mario, an actor, writer, and director who co-founded the Latin American Theatre Ensemble. Of Cuban ancestry, Peña spent her early childhood in Cuba. When she was eight, she moved with her family to New York City. As a teenager in 1975, Peña co-founded the Hispanic Organization of Latin Actors, an arts service and advocacy group. During this time, she attended the High School of Performing Arts, from which she graduated in 1977.

Peña made her feature film debut in the 1979 Spanish-language dramedy “El Super,” in which she played the daughter of Cuban exiles living in New York City. The following year, she had a smaller part in the drama “Times Square.” Next, Peña appeared in Peter Bogdanovich’s romantic comedy “They All Laughed,” starring Audrey Hepburn, Ben Gazzara, and John Ritter, among others. Her subsequent credits were “Crossover Dreams,” “Down and Out in Beverly Hills,” and the biographical film “La Bamba,” in which she played Rosie Morales. In 1987, Peña had a notable supporting role in the science-fiction comedy “Batteries Not Included,” starring Jessica Tandy and Hume Cronyn. Following that, she appeared in the romantic comedy “Vibes,” with Jeff Goldblum and Cyndi Lauper.

Peña began the 90s with roles in Kathryn Bigelow’s action thriller “Blue Steel” and Adrian Lyne’s psychological horror film “Jacob’s Ladder.” She subsequently appeared in “The Waterdance” alongside Eric Stoltz, Wesley Snipes, Helen Hunt, and William Forsythe. In 1994, Peña had one of her first leading roles in the independent film “Dead Funny,” playing a woman who discovers her boyfriend pinned to their kitchen table with a sword. The year after this, she appeared in a supporting role in the family adventure sequel “Free Willy 2: The Adventure Home.” Peña gave perhaps her most acclaimed performance in John Sayles’ 1996 mystery film “Lone Star,” in which she played a widowed teacher named Pilar Cruz. For her performance, she won the Independent Spirit Award for Best Supporting Female. Over the remainder of the decade, Peña appeared in such films as “Gridlock’d,” “Rush Hour,” “Strangeland,” and “Seven Girlfriends.” 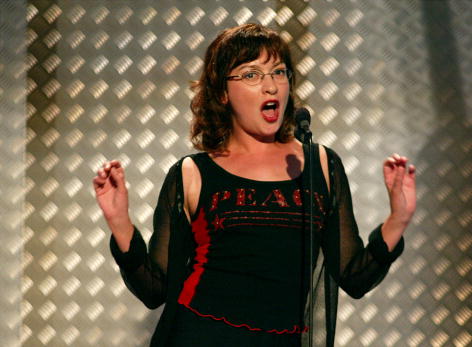 In 2001, Peña was in “Things Behind the Sun” and “Tortilla Soup.” In the latter, she played one of three adult daughters of a semi-retired Los Angeles chef. Next, Peña appeared in the science-fiction thriller “Impostor,” based on the Philip K. Dick short story, and the dramedy “Zig Zag,” based on the Landon J. Napoleon novel. In 2004, Peña had a memorable voice role in the Pixar animated film “The Incredibles,” playing the seductive villain Mirage. The following year, she appeared in five films: “How the Garcia Girls Spent Their Summer,” “Transamerica,” “Down in the Valley,” “Sueño,” and “The Lost City.” In the latter half of the 00s, Peña’s credits included “Adrift in Manhattan,” “D-War,” “Love Comes Lately,” “Nothing Like the Holidays,” “Mother and Child,” and “Down for Life.”

In 2011, Peña was part of the ensemble cast of the dramedy “The Perfect Family.” She was subsequently in the films “Blaze You Out” and “Plush.” Finally, Peña was in four films that were released posthumously. Three of them – “Grandma,” “Girl on the Edge,” and “Ana Maria in Novela Land” – came out in 2015. Peña’s final film role was in the romantic drama “The Song of Sway Lake,” which was released in 2018.

On the small screen, Peña appeared in episodes of “Cagney & Lacey,” “T. J. Hooker,” and “Hill Street Blues” in the 80s. She also had main roles on the short-lived series “Tough Cookies” and “I Married Dora,” and starred in the television legal drama movie “Shannon’s Deal.” Highly rated, “Shannon’s Deal” became a series in 1990, with Peña continuing in her role as Lucy Acosta. She followed this with appearances on the series “Dream On” and “L.A. Law” and a starring role in the television film “Roommates.” Peña’s other credits in the 90s included the miniseries “The Invaders” and the television films “Contagious,” “The Second Civil War,” and “Border Line.”

In the early 2000s, Peña both appeared in and directed episodes of “Resurrection Blvd.” She also appeared in episodes of “Boston Public” and “CSI: Miami.” In 2004, Peña lent her voice to the children’s animated series “Maya & Miguel” and “Justice League.” Additionally, she was in the television film “Suburban Madness.” Peña went on to have guest roles on such series as “Without a Trace,” “Numb3rs,” “Minoriteam,” “Ghost Whisperer,” and “Off the Map.” In 2013, she had a two-episode role on the sitcom “Modern Family” as the mother of Sofia Vergara’s character Gloria Pritchett. Her final credit on television was the series “Matador,” on which she played the mother of a DEA agent recruited by the CIA to infiltrate a Los Angeles soccer team.

Peña married her first husband, Stephan Kibler, in 1988. The couple eventually divorced. Subsequently, in 1994, Peña wed Hans Rolla, with whom she had two children named Kaelan and Joey.

In late 2014, Peña passed away from cirrhosis of the liver due to heavy drinking. She was 55 years of age.