What Is Chrishell Stause’s Net Worth and Salary?

Chrishell Stause is an American actress, real estate agent, reality television personality, and author who has a net worth of $6 million. Chrishell Stause is best known for starring as Amanda Dillon on ABC’s “All My Children” (2005–2011) and Jordan Ridgeway on NBC’s “Days of Our Lives” (2019–2021), and she is a cast member on the Netflix reality series “Selling Sunset” (2019–present). Chrishell has appeared in the films “Scaring the Fish” (2008), “The Crimson Mask” (2009), “Another Time” (2018), ” My Little Girl Is Gone ” (2018), and “Staged Killer” (2019), and she competed on ABC’s “Dancing with the Stars” in 2020, finishing in eighth place. In 2022, Stause published the book “Under Construction: Because Living My Best Life Took a Little Work,” which is described as a “heartfelt, humorous personal memoir and relatable guide to overcoming obstacles, wising up about romance, and getting ahead in your career.”

Chrishell Stause was born Terrina Chrishell Stause on July 21, 1981, in Draffenville, Kentucky. Her father, Jeff, passed away from lung cancer in 2019, and her mother, Ranae, died of the same disease the following year. Ranae ended her relationship with Chrishell’s biological father before she realized that she was pregnant, and Stause considered Jeff to be her father. Chrishell is one of five sisters, and her sister Shonda has appeared on “Selling Sunset.” Stause has said that her parents “struggled with addiction and mental health” and got involved with the Worldwide Church of God during her youth. In a 2018 interview with “Page Six,” Chrishell stated, “I was homeless a few times in my life and it was really hard growing up, but now I’m super grateful about everything.” She added, “I definitely relate to any kid who has lived without running water or electricity or having to be the smelly kid going to school because you don’t have the resources. It’s hard. I really relate to them and I want to help them as much as possible. It’s a unique situation that you’ll never forget where you came from.” Stause’s upbringing inspired her to work with the nonprofit organizations Upward Bound House and Blessings in a Backpack. Chrishell earned a Bachelor of Arts degree in theater from Murray State University in 2003. 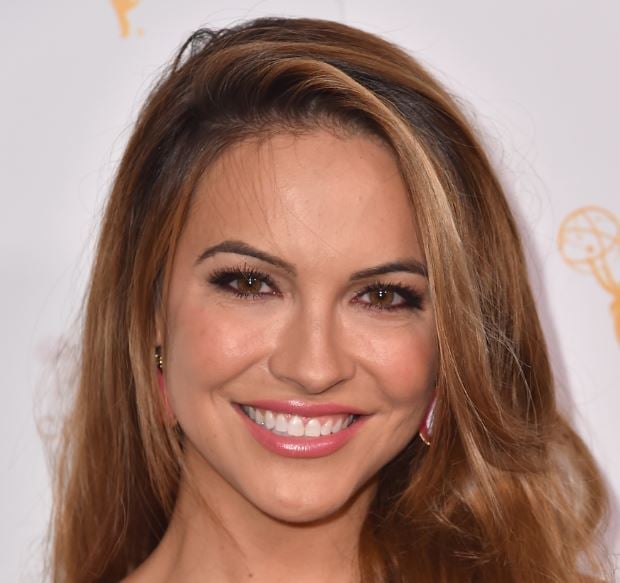 Stause made her TV debut in 2005 when she began starring as Amanda Dillon on the ABC soap opera “All My Children,” and her first film was 2008’s “Scaring the Fish.” In 2008, she had a recurring role on the TV series “Luke 11:17,” and she appeared in the film “The Crimson Mask” in 2009. “The Crimson Mask” won numerous awards, including an Amsterdam Film Festival award for Best Sci-Fi Film, a New Hope Film Festival Audience Award for Best Action Film, and Best Feature Film awards from the Long Island International Film Expo, SINY Film Festival, and Twin Rivers Media Festival. Chrishell guest-starred on ABC’s “Body of Proof” in 2011, then she starred in the 2012 short film “Hot and Bothered.” In 2013, she appeared in the miniseries “Curse of the Crimson Mask” and began playing Jordan Ridgeway on the NBC soap opera “Days of Our Lives.” Stause stayed on the show until 2015, then she returned in a recurring role in 2019. In 2020 and 2021, she was a guest star on the series, and she earned a Daytime Emmy nomination in 2020.

In 2014, Chrishell joined the cast of the Vimeo web series “Youthful Daze” as Zoey Miller, and in 2015, she guest-starred on the ABC series “Mistresses” and the web series “Misguided.” In 2016, she had a recurring role as Bethany Bryant on the CBS soap opera “The Young and the Restless,” then she appeared in the films “Another Time” (2018) and “Staged Killer” (2019) and had a leading role in the thriller “My Little Girl Is Gone” (2018). Stause also works as a real estate agent for the Los Angeles-based brokerage The Oppenheim Group. In 2019, The Oppenheim Group got its own Netflix reality series, “Selling Sunset, which follows the brokers as they “sell the luxe life to affluent buyers in LA.” The series was renewed for its sixth and seventh seasons in June 2022, and it earned Primetime Emmy nominations for Outstanding Unstructured Reality Program in 2021 and 2022 and an MTV Movie + TV Award for Best Docu-Reality Show in 2022.

Chrishell became engaged to “Glee” star Matthew Morrison in December 2006, but they split up the following year.

In early 2014, it was confirmed that she was dating actor Justin Hartley, and they married on October 28, 2017. Hartley, who is best known for starring as Kevin Pearson on the NBC series “This Is Us,” filed for divorce in November 2019, and the divorce was finalized in February 2021. Stause said that Hartley informed her of their impending divorce by text less than an hour before the media reported the news, and in late 2019, she filed for dissolution of marriage and refuted Hartley’s listed separation date of July 8th. Chrishell dated Keo Motsepe, a “Dancing with the Stars” pro dancer, from December 2020 to February 2021, then she began a relationship with her “Selling Sunset” co-star/boss Jason Oppenheim a few months later. Stause and Oppenheim split up in December 2021, and during a “Selling Sunset” reunion that aired in May 2022, Chrishell confirmed that she was dating non-binary Australian musician G Flip. Stause starred in G Flip’s 2022 music video “Get Me Outta Here.”

Chrishell Stause has earned two MTV Movie + TV Award nominations for “Selling Sunset,” winning Best Reality Star in 2022. Her other nomination was for Best Unscripted Fight (shared with Christine Quinn) in 2021. In 2020, Chrishell received a Daytime Emmy nomination for Outstanding Guest Performer in a Drama Series for “Days of Our Lives.”

In April 2019, Chrishell Stause and Hartley spent $4.65 million to buy a newly-built home in Encino, California. It’s a 6,700 square foot home built in the modern farmhouse style. In June 2021, Chrishell paid $3.3 million for a home in the Hollywood Hills. What is Terry O’Quinn’s Net Worth and Salary? Terry O’Quinn is an American actor who has a net worth of $8 million. Terry O’Quinn is best known for his roles in the psychological horror film “The Stepfather” and the television mystery series “Lost.” Playing the character John Locke in the latter, he won an Emmy… What is Jessica Lowndes’ Net Worth and Salary? Jessica Lowndes is a Canadian actress and singer who has a net worth of $6 million. Jessica Lowndes is probably most well known for her role on CW’s drama television show, 90210, on which she played Adrianna Tate-Duncan. She has also starred in a number of Hallmark… What Is Jena Malone’s Net Worth? Jena Malone is an American actress, producer, and musician who has a net worth of $4 million. Jena Malone won a Young Artist Award for her film debut, 1996’s “Bastard Out of Carolina,” and she earned a Golden Globe  nomination for the 1997 TV movie “Hope.” Jena has more…