What is Ben Mendelsohn’s Net Worth and Salary?

Ben Mendelsohn is an Australian actor who has a net worth of $9 million. Ben Mendelsohn had his breakthrough role in the 1987 coming-of-age film “The Year My Voice Broke.” He has gone on to appear in numerous high-profile films in the decades after that, including “Animal Kingdom,” “Starred Up,” “Rogue One,” “Ready Player One,” and the superhero films “The Dark Knight Rises” and “Captain Marvel.” Mendelsohn has also acted on television, winning an Emmy Award in 2016 for his work on the Netflix series “Bloodline.”

Ben Mendelsohn was born as Paul Benjamin Mendelsohn on April 3, 1969 in Melbourne, Australia to nurse Carole and prominent medical researcher Frederick. He is of German, British, Greek, and Prussian Jewish ancestry, and has two brothers named Tom and David. Growing up, Mendelsohn lived with his family in both Europe and the United States. In the US, he went to Mercersburg Academy in Pennsylvania. Returning to Melbourne for high school, Mendelsohn attended Eltham High School and Banyule High.

Start of Film Career in Australia

In 1986, Mendelsohn made his film debut in the Australian coming-of-age drama “The Still Point.” However, his breakthrough came the following year in another coming-of-age film, “The Year My Voice Broke.” For his performance, Mendelsohn won the AACTA Award for Best Supporting Actor. After appearing in some short films, he had his biggest year yet in 1990, appearing in four Australian films: “Return Home,” “Nirvana Street Murder,” “The Big Steal,” and “Quigley Down Under.” Mendelsohn’s subsequent credits were “Spotswood”; “Map of the Human Heart”; “Sirens”; “Metal Skin”; “Cosi”; and “Idiot Box.” He finished the 90s with roles in “True Love and Chaos” and “Amy.”

Ben Mendelsohn began the 21st century with roles in the Australian film “Sample People” and the American thriller film “Vertical Limit.” He continued to appear in films from both countries over the subsequent years, with his credits including “Mullet”; “Black and White”; “The New World”; “Hunt Angels”; “Australia”; “Knowing”; “Prime Mover”; and “Beautiful Kate.” In 2010, Mendelsohn earned some of his greatest notices for his performance as psychopathic thief Andrew Cody in the crime film “Animal Kingdom,” which also garnered him the AACTA Award for Best Actor. He went on to appear in a bevy of major titles following this, including “Killer Elite,” “Trespass,” “Killing Them Softly,” “The Dark Knight Rises,” “The Place Beyond the Pines,” and “Starred Up.” In 2014, Mendelsohn was in “Lost River,” “Exodus: Gods and Kings,” and “Black Sea”; the next year, he appeared in “Slow West,” “Mississippi Grind,” and “Guns for Hire.”

In 2016, Mendelsohn was in the drama “Una” and the “Star Wars” prequel film “Rogue One.” His next role was as King George VI in the biographical war drama “Darkest Hour.” Mendelsohn then appeared in four films in 2018: “Ready Player One,” “Untogether,” “The Land of Steady Habits,” and “Robin Hood.” The year after that, he made his debut as the superhero character Talos in the Marvel Comics film “Captain Marvel.” Also that year, Mendelsohn appeared in the coming-of-age film “Babyteeth” and the animated comedy “Spies in Disguise,” and portrayed King Henry IV in the biographical war film “The King.” His other credits have included the musical romance “Cyrano” and the thrillers “Misanthrope” and “The Marsh King’s Daughter.” 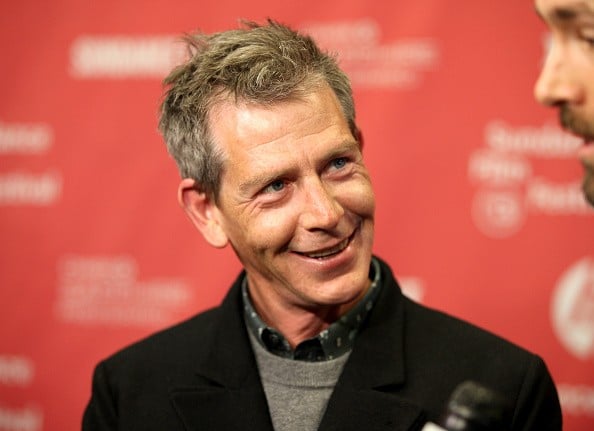 Mendelsohn had his first substantial television role in 1985 on the Australian series “The Henderson Kids.” Following that, he had starring roles on the children’s show “Fame and Misfortune” and the soap opera “Neighbours.” At the end of the decade, Mendelsohn appeared in episodes of “All the Way,” “This Man… This Woman,” and “G.P.” Later, in the 90s, he made guest appearances on such shows as “Roughnecks,” “Police Rescue,” and “Good Guys, Bad Guys.” His credits in the early 00s included “Love is a Four Letter Word,” “Australian Story,” and “Farscape.”

In 2005, Mendelsohn had a recurring role in the fourth season of “The Secret Life of Us.” He had another recurring role from 2006 to 2007, playing Lewis Feingold in seasons two and three of “Love My Way.” Next, in 2009, Mendelsohn played the main role of Vince Kovac in the first season of “Tangle.” Another, bigger main role came in 2015, when he began playing Danny Rayburn on the Netflix series “Bloodline.” Mendelsohn won an Emmy Award in 2016 for his work on that show. Since then, he has had further main roles in the HBO miniseries “The Outsider,” based on the Stephen King novel, and the Disney+ miniseries “Secret Invasion,” in which he reprises his role as superhero Talos.

Beyond film and television, Mendelsohn has appeared in a number of music videos over the years. His first was “Full Moon, Dirty Hearts” by the Australian rock band INXS. Later, he appeared in the music videos for You Am I’s “What I Don’t Know ’bout You” and Jimmy Barnes’ “Out in the Blue.” Mendelsohn’s other music video credits have included Florence and the Machine’s “Lover to Lover” and Sia’s “Breathe Me.”

Ben Mendelsohn wed journalist, novelist, and screenwriter Emma Forrest in 2012. The pair eventually divorced in 2016. Mendelsohn has two daughters, one from Forrest and another from a prior relationship.