It’s been almost a year since a prop gun on the set of “Rust,” a western film starring Alec Baldwin, was somehow accidentally loaded with a live round that was discharged and killed cinematographer Halyna Hutchins. Hutchins’s family filed a lawsuit against Baldwin and the rest of the film’s producers early this year, and now a settlement has been reached and production will continue with Hutchins’s Matthew Hutchins serving as a producer on the film.

A statement from the family’s attorney announced the settlement, for a sum that hasn’t been publicly disclosed. And Hutchins himself has released a statement of his own:

“We have reached a settlement, subject to court approval, for our wrongful death case against the producers of ‘Rust,’ including Alec Baldwin and Rust Movie Productions, LLC. As part of that settlement, our case will be dismissed. The filming of ‘Rust,’ which I will now executive produce, will resume with all the original principal players on board in January 2023. I have no interest in engaging in recriminations or attribution of blame (to the producers or Mr. Baldwin). All of us believe Halyna’s death was a terrible accident. I am grateful that the producers and the entertainment community have come together to pay tribute to Halyna’s final work.” 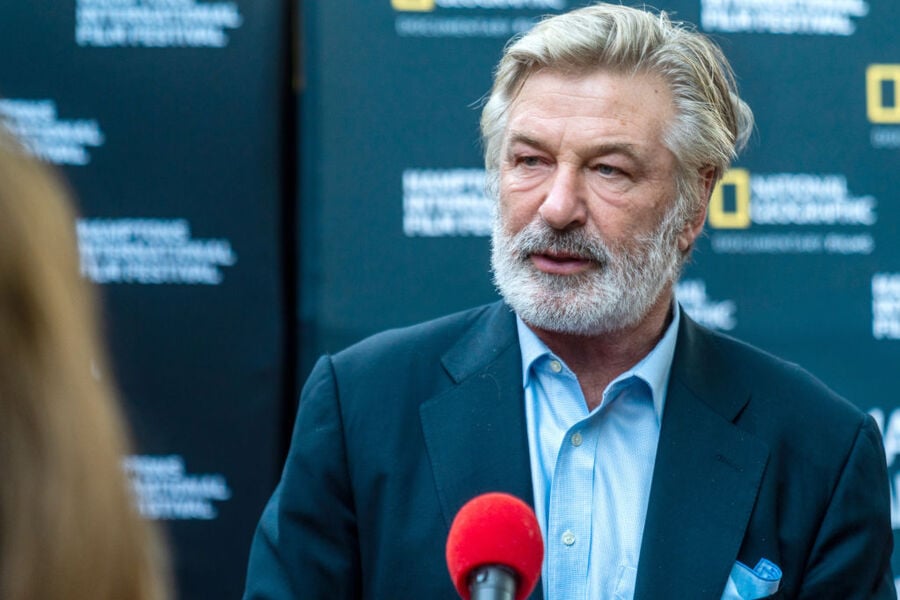 The lawsuit accused the “Rust” producers of cutting corners which directly led to the fatal accident, specifically citing “a wholly unqualified armorer” named Hannah Gutierrez Reed. Her attorney has also released a statement:

“Hannah is grateful that this settlement will benefit the Hutchins family and that the parties were able to constructively resolve the civil lawsuit. We are hopeful that the district attorney’s office will also recognize that a measure of Justice has been achieved in regards to this tragic accident, and that they will opt not to pursue criminal charges.”

However, that isn’t necessarily the case. Even though the civil suit connected with Hutchins’s death has been put in the past by the settlement, the case is still under investigation by local authorities in Santa Fe, New Mexico, where the movie was being filmed at the time. Heather Brewer is a spokesperson for the Office of the First Judicial District Attorney of New Mexico, and she released a strongly worded statement about the investigation:

“While civil suits are settled privately and often involve financial awards, criminal cases deal only in facts…If the facts and evidence warrant criminal charges under New Mexico law then charges will be brought. No one is above the law.”

For now, though, production on “Rust” is set to resume and the film will eventually be completed and released – albeit under a very dark cloud that will probably follow it for some time.

And maybe this settlement explains why Baldwin recently listed his Hamptons mansion for sale for $29 million! On Wednesday night, former governor of Alaska and 2008 vice presidential candidate Sarah Palin was defeated in her campaign for a seat in the House of Representatives. She had been running against 47 other candidates vying for the seat vacated by the death of Rep. Don Young, the governing body’s former longest-serving member. The bad… Pop quiz: How many children does Nick Cannon have? You probably know he has a child with Mariah Carey. Actually, he has two. They welcomed twins in April 2011. Those were Nick’s first children. He did not stop there, but he did take a few years off before welcoming a son in February 2017 with… You know a paycheck is pretty sizable when it manages to impress that even someone at the absolute top of their field like Beyoncé managed to collect it. But a $24 million paycheck for a single private concert in Dubai is pretty impressive – even for Beyoncé. The invitation-only event happened over the weekend at… “Black Ice,” an upcoming documentary about the history of racially segregated hockey leagues, is premiering at the Toronto Film Festival this year, and counts among its producers such luminaries as LeBron James, Drake, and Future. But The New York Post reports that they’re facing a $10 million lawsuit from Billy Hunter, former federal prosecutor and… As a star in both the mega-blockbuster “Avengers” and “Avatar” franchises, it figures that Zoe Saldaña has managed to become one of the highest-grossing film stars of all time, despite arguably not attaining the household name status we associate with top tier film stardom. But now, CNN reports that she’s reached a career box office…